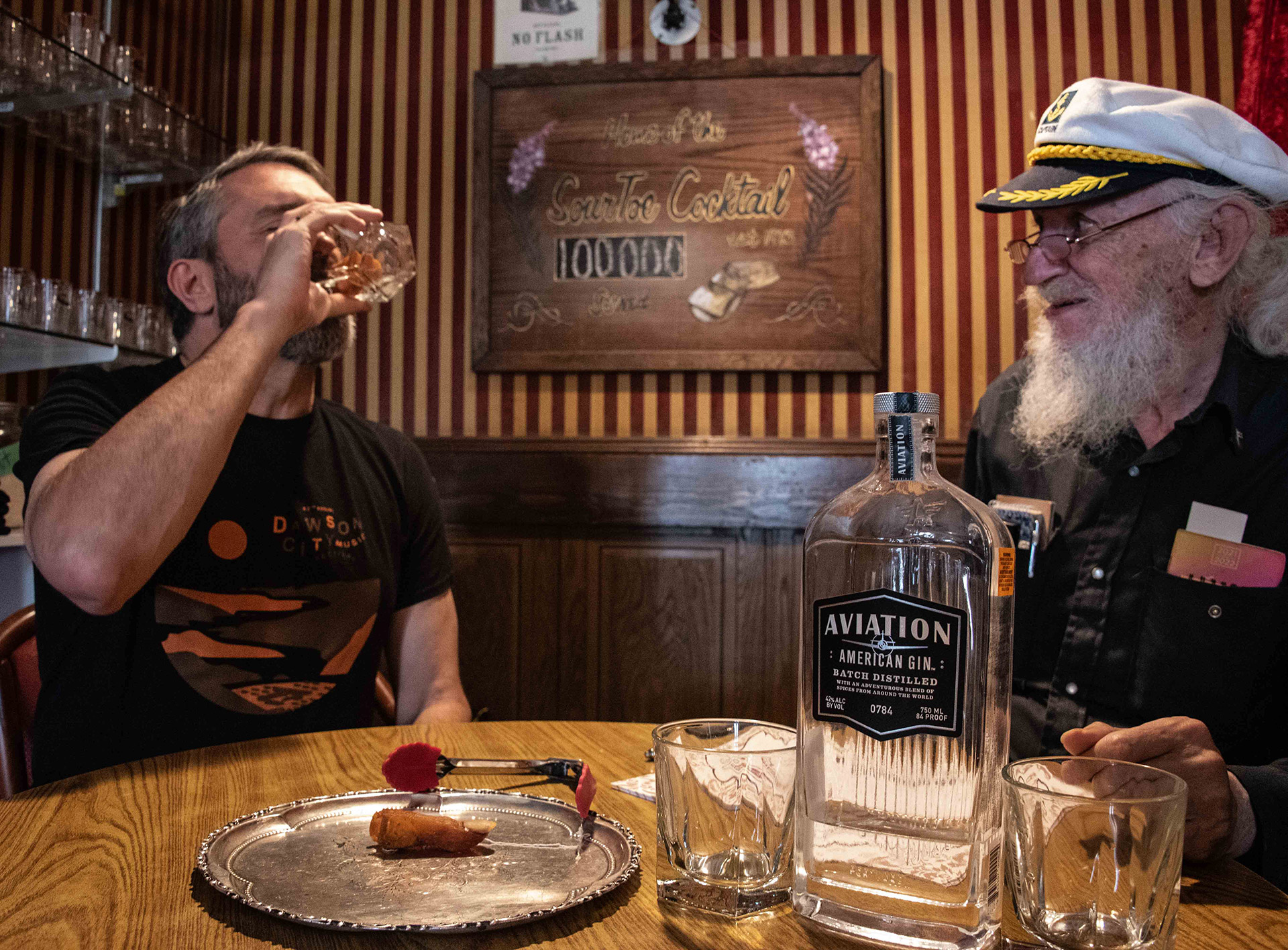 After much speculation on who would claim the no-toe-riety of downing the 100,000th Sourtoe Cocktail, Sandy Silver, the Yukon’s Premier, MLA for the Klondike riding where Dawson City is located, and longtime Dawson resident, beat out other contenders for the bragging rights.

“I don’t often get asked to fill in for Ryan Reynolds, but I’m always happy to oblige,” said Yukon Premier Sandy Silver. “Drinking the Sourtoe Cocktail is a time-honoured tradition in my hometown of Dawson. Visitors from around the world have touched their lips to the toe and so have many residents. I am thrilled to have been served the 100,000th Sourtoe Cocktail – it’s not my first and it won’t be my last.”

Rich Thompson, CEO of Northern Vision Development (NVD), parent company of the Downtown Hotel, added: “The toe is a fabulous and unique part of our Dawson operations, and it is a never-ending source of stories… We are delighted to be a continuing part of the Sourtoe Cocktail and its ever-present place in the Dawson and Yukon landscape and it is amazing to see the 100,000th serving of this little piece of Dawson uniqueness!”

The Sourtoe Cocktail (the Toe) is a world-famous tradition dating back to 1973. It involves drinking a shot of whisky with a mummified human toe in it. Once the Toe touches your lips, you have officially joined the club and get a certificate to commemorate the prestigious occasion.

NVD’s VP Marketing Adam Gerle, says “The Toe has generated great publicity for Dawson City and the Yukon over the years. We wanted to do something special to commemorate Toe 100,000, a huge milestone in Canada’s tourism industry, and are delighted the Yukon’s Premier did the honours!”

The Downtown Hotel used one of Captain Dick’s toes for this special occasion. Captain Dick Stephenson was the founder of the Sourtoe Cocktail back in 1973. He passed away in 2019 willing all ten of his toes to the Downtown Hotel and his generous toe-nation will help ensure the tradition continues. 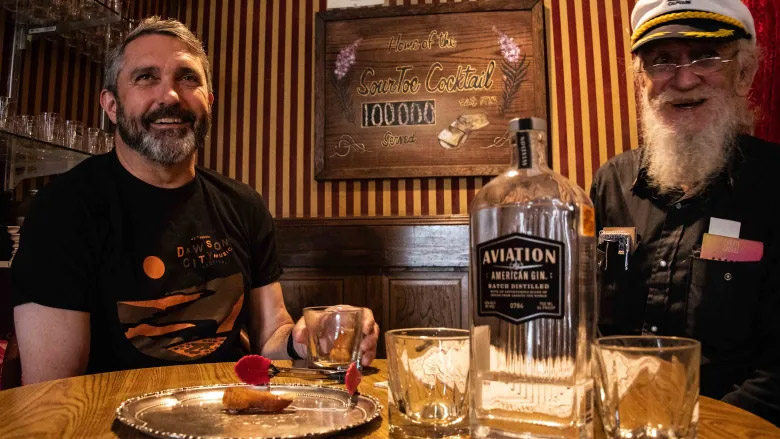 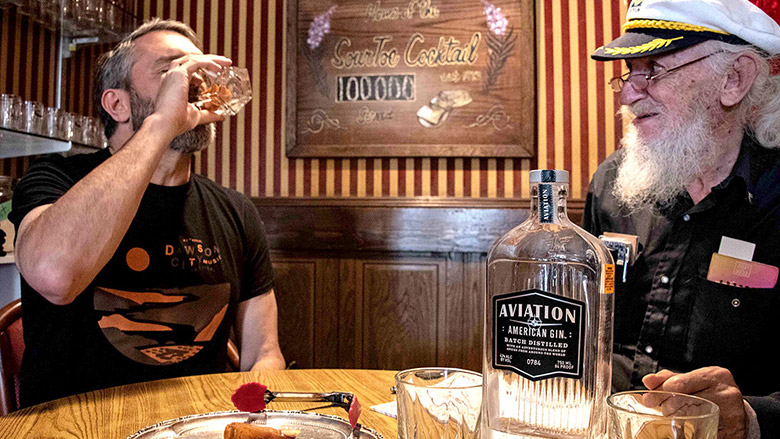 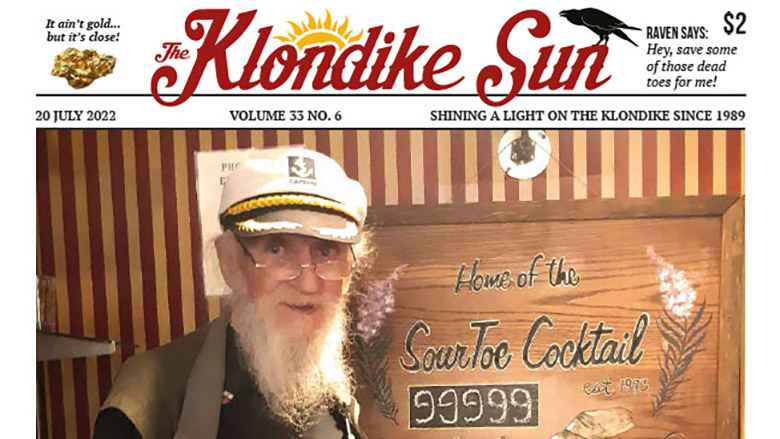 The Edgewater Hotel earns a "2020 Traveller’s Choice Award" from Trip Advisor, placing it among the top 10% of hotels worldwide.

END_OF_DOCUMENT_TOKEN_TO_BE_REPLACED

Starting July 1st, the Yukon will be able to welcome visitors to the Land of the Midnight Sun!

Your cure for Cabin Fever is just a two-hour flight away.

END_OF_DOCUMENT_TOKEN_TO_BE_REPLACED

Northern Vision Development Limited Partnership (“NVD”) and Vuntut Gwitch’in Limited Partners (“VGLP”), who together own the condominiums that comprise the building previously known as Spook Creek Station, announced plans today to change the name of the building...