Northern Vision Development LP (NVD), a private real estate partnership, was established in 2004 with a mandate to acquire properties with strong growth prospects in Whitehorse, Yukon. 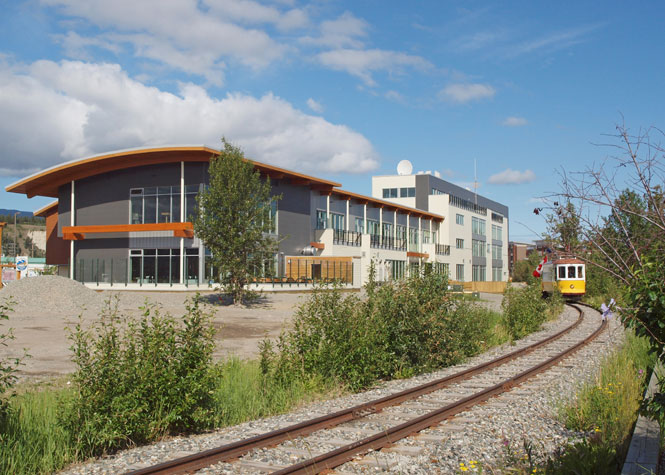 Since its inception, the Partnership has acquired – and partially developed or sold – a diverse base of commercial, residential, industrial and hospitality properties that provide regular cash flow and capital appreciation for unitholders. NVD is managed by its general partner, Northern Vision Development Corp., a private company based in Whitehorse and formed under the laws of the Yukon. The operations of the Partnership are overseen by a board of directors comprised of individuals with a diverse mix of skill sets and experience in the real estate and hospitality industries. Initially established with a term of ten years, the Partnership sought and received unanimous approval from its unitholders in 2012 to extend its activities over an unlimited term, while providing unitholders with liquidity opportunities from time to time when market and other conditions are favourable.

Today, the Partnership owns in excess of $125 million in assets, primarily in commercial properties and its hospitality division. NVD has become known as one of Yukon’s leading real estate companies.

The company is currently engaged in the development and sale of its coveted Waterfront Place properties located adjacent to the Yukon River in Whitehorse, the sale of its serviced industrial/commercial lands in the Titanium Way Business Park and the development of its new NVD Place shopping mall in downtown Whitehorse.

NVD is proud to be over 40% First Nations owned and over 50% Yukon owned. We are also proud to have a large contingent of investors located in Calgary, Alberta.

For further information on Northern Vision Development LP you can contact us.